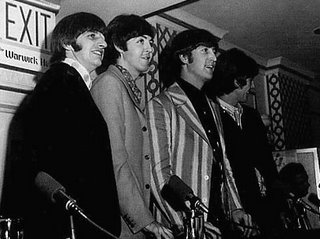 OVERTIME BOOT OF THE WEEK

This is The Beatles' last live concert. As the legend goes, Paul McCartney himself wanted this show to be recorded, knowing that this would be their last live show ever. The tape was made on a portable tape recorder on one side of the stage by the band’s press secretary. 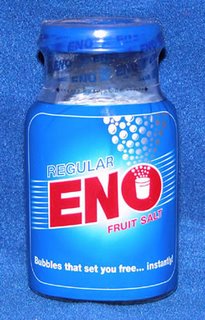 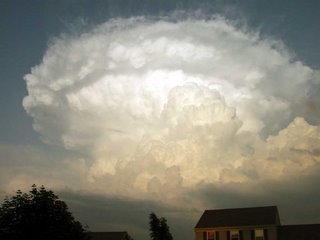 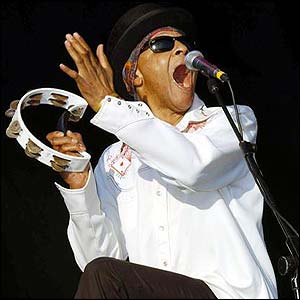 The track names are taken from the exhaustive Ivor Cutler radion sessions listings at;

Graham Parker and the Rumour
Live at the Marble Arch
promo vinyl, 1976
(Now available on the import CD
set “That’s When You Know”)

Artists unknown (to me) - To Anacreon In Heav’n
Posted by Doctor B at Wednesday, August 09, 2006 No comments: 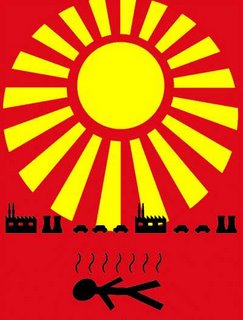 Bootleg of the Week #1

(This is a review which I wrote for the late, lamented Music Press back in '95.)

What's better than hearing the Dead play Dark Star live? Hearing them do it 51 times. All at once.

Obviously some explanation is required. For years, Toronto-based improvisational saxophonist and tape-doctor John Oswald has been following the example set by avant-garde composers like John Cage and Karlheinz Stockhausen who both incorporated "found sound" (like shortwave radio noises) into their work. Oswald doesn't merely "sample" but mutate, mutilate and put his own personal spin on everything from popular, jazz and classical music to radio and TV programs and commercials. Oswald describes his own home stereo system in an article he did for the Whole Earth Review [issue #57, Winter 1987]: "As a listener my own preference is the option to experiment. My listening system has a mixer instead of the one-choice-only function of a receiver; an infinitely variable-speed turntable, filters, reverse capability and a pair of ears." His Mystery Lab has been distributing tapes of his bizarre sound collages since the early 1980's, [some of which can now be found on UBUWEB] but it's probably his ill-fated Plunderphonic found-sound project that put him on the map. In 1989 Oswald put together a CD of his radical re-workings of familiar tunes by The Beatles, Igor Stravinsky, Dolly Parton, Michael Jackson and many others. On Plunderphonic, Dolly's chirpy voice is slowed to the point where she sounds like an operatic tenor. The Beatles' Birthday (re-titled Birth) is presented here as a very infectious rhythm track. Although the Plunderphonic disc was distributed only to radio stations, libraries and music critics on a strict not-for-sale basis, that didn't stop the Canadian Recording Industry Association, reportedly acting at the behest of The "Bad" One, from nailing Oswald for copyright infringement (Oswald's grafting of Jackson's head onto a picture of a nude young woman's body on the cover of the CD's booklet probably didn't help matters). No sooner had a judge ordered all 300 undistributed copies of Plunderphonic destroyed (out of the 1000 he'd had pressed) when Oswald got a call from Elektra Records to do a Plunderphonic project for their 40th Anniversary. (This to me was not unlike a graffiti artist getting arrested by the police for vandalism, then being hired by the art department of the company whose building he wrote on! And I thought this sort of thing only happened to computer hackers!). The Oswald/Elektra union yielded Rubiyat/Plunderphonic, a collection of peculiar and sometimes hilarious chop-up versions of tunes by Elektra artists such as The Doors (O'Hell, a schizoid collage of the "good parts" of several familiar Doors tracks), Metallica (2Net, a break- neck-speed abridgement of their cover of Queen's Stone Cold Crazy which endlessly recapitulates the band's vocal riffs and guitar licks), and Carly Simon & Faster Pussycat (Vane), merging elements from both artists' wholly disparate versions of You're So Vain. Unfortunately Rubiyat/Plunderphonic was released only as a promotional item.

Fast-forward to 1993. The Grateful Dead's Phil Lesh, a longtime fan and financial supporter of avant-garde music approached confessed non-Dead-Head Oswald for a brief collage of Dead tunes to open David Gans' nationally-syndicated radio program, The Grateful Dead Hour with. Oswald proposed doing an album-length work instead. Lesh and guardian of The Vault [the late] Dick "Dick's Picks" Latvala obliged. After about 30 eight-hour days going through 25 years' worth of tapes of Dead shows, Oswald was ready to produce for them the ultimate Dark Star.

As I mentioned, Grayfolded is a 59-minute, 59-second-long composite of at least 51 different stage performances of Dark Star from 1968 to 1993 and the inevitable jamming which accompanies them. [Since this review was written, the album has been issued as a 2-CD set clocking in at a total of roughly one hour and 45 minutes]. Many of Oswald's early Mystery Lab tapes and some of the Plunderphonic tracks sound disjointed and choppy, and given the range of performance styles and vintages he's working with here, it would seem that Grayfolded would end up that way too. But to the contrary, it is the smoothest and most seamless Plunderphonic work I've heard yet. The disc starts up with concert crowd noises and the Dead sounding as if they're warming up. It gets just a little confusing and disjointed as the music starts to get going, but only slightly more so than when The Dead jam on their own. Once the music really gets underway it's very easy to think you're listening to just another vintage Grateful Dead concert tape until you hear Jerry Garcia's obviously digitally-enhanced voice, or free-form instrumental and rhythm freak-outs which are strikingly different from the Dead's. A great deal of Grayfolded [disc 1] seems to be pieced together from late-60's/early 70's performances with bits of later shows periodically popping their heads out of the mix. Sometimes you hear instrumental breaks from different decades at the same time (there is a timeline-style listing of source recordings in the liner notes). It seems like something which should sound absolutely awful, but it comes off stunningly well; the new Dead and the old Dead play beautifully together. The number one question in your head (and mine) was how would a hardcore Dead-Head react to Grayfolded? Well, I listened to my copy for the very first time with a Dead-Head friend [hi there, Ordinary Joe!] who's caught as many shows as his time and money would allow. He was kind of curious about what it was at first, but basically he enjoyed it, as did I. The [first] disc closes with those familiar, unmistakable opening notes.

Whether you're a Dead-Head or not, Grayfolded is the ultimate "It". Tape freaks will have a marvelous time figuring out which passages come from what concerts, although Oswald does plan to publish a source tape list in the liner notes to the upcoming second volume of this series, Mirror Ashes, due out later this year. Highly recommended.

[Note: Grayfolded was shortly afterward released as a two-disc set (subtitled Transitive Axis/Mirror Ashes) featuring an elaborate chart cataloging exactly which Dead concerts Oswald sampled for the project and where each sample appears on each of the two discs].

Performed by Edgar Froese, Chris Franke and Peter Baumann.
Produced and released by the tadream discussion list (P) 2005.
Audience recording remastered by Whoopy Snorp. Special thanks to S. Behrends.
Tangerine Leaves concept and coordination by Tangerinedreamer.
Posted by Doctor B at Thursday, August 03, 2006 No comments: